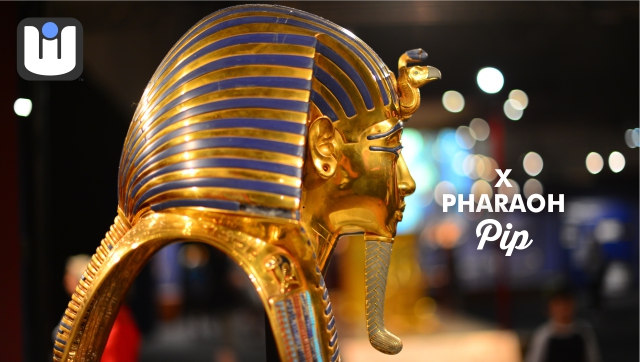 A Pipture is worth a thousand words, I mean, really!????

I say “As long as we’re asking, why don’t we make it A cool Million” like the lady told Sammi at the Western Union spot in “Coming to America”.  Ok, the 80’s baby sarcasm with choice of movie reference got you Pipturing my age, but that’s neither here nor there. Although the original phrase “A Picture is worth a thousand words” is much older.

It’s widely believed to have been coined in A Chinese proverbs book, which would later be quoted by one of the Nation’s Great Editors at the time–in a famous Pictorial Magazine in San Antonio, Texas.

The famous caption, was regarding a still image from the War–back in the early 1900’s. Come to think about it, that must have been some scene for him to mutter such a quote from the left side of his brain instantaneously at his first glance.

Nevertheless, the phrase had struck popularity in America since; it is yet still in good use amongst savvy intellectuals (hint hint). But to be facetious, I can safely assume that the phrase goes back even further, way before Modern Civilization perhaps, far back in Cavemen drawing on stone wall days………Ok, now Pipture this….. A host of Cavemen and Women standing upright, talking gibber, with Cave children running around, chasing each other with sticks, making gibber noise in the distant background…..

You’re still with me?

Ok, now,  It’s a hot summer night in TimBuckToo, and they all just had a God forsaken creature for dinner that was cooked with a stick through it, over an open flame with no seasoning, hmmmm… I can even smell it…..

Now it’s time for the Cavehosts to entertain their guests with small talks in gibberish, Pipture them just standing there in a cave, barefoot, 3 quarters naked, standing in front of that chicken-scratch called Art–on a stone wall not too far from the opening of the cave; scratching their matted, unwashed brittled hair, the Cavemen are nudging and grunting at the possibilities, meanwhile, the Cavewomen are amongst them–fanning away with a large leaf of some sort, just yapping away with discontent in their native gibber–about how long its going to take for them to clean that mess off of the wall while the Cavemen are out hunting tomorrow.

Ok, skip that visual for now…

Back on the topic at hand, the phrase refers to the notion that a complex idea can be conveyed with just a single look or glance of a still image. This to me is also true in the persona of a living person that you may pass by every day, anywhere around the World.

Now Pipture this….. She walks by you, hair done, nails done, fly clothes, expensive bag in hand. With that alone, you assume that she’s not insecure, broke and dying inside from a God forsaken disease or sadness. But rather that she’s confident, happy, healthy and wealthy. Hence the other phrase “Everything isn’t always what it seems” which I will touch on next. Stay tuned, till next time GOD’s Children. Love you all. -King Pip

“Pipture This” is A Short Story by: Randy Pipman (c) Copyright Pipoetry 2013 All Rights Reserved