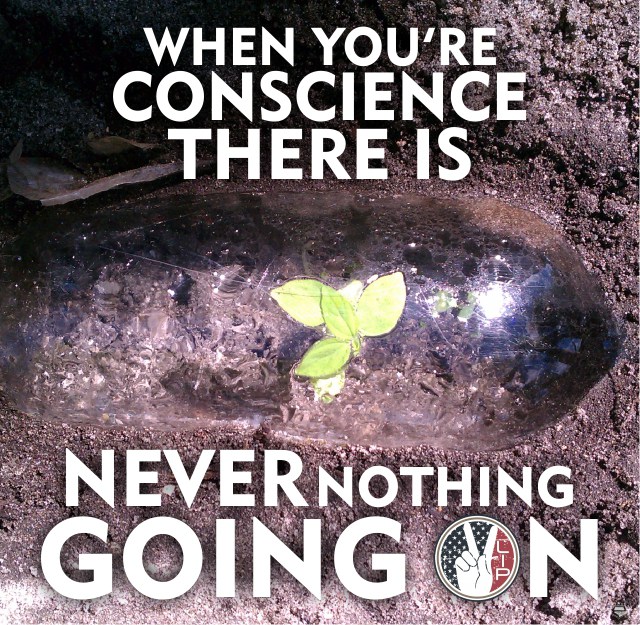 How many times have someone reached out to you; by what ever form of communication, asked you “what are you doing?” and you’ve replied; “nothing” unknowingly implying the something that you’re doing is: well, nothing.

I’d be hard pressed to have you wage out a Lifetime of saying it. Therefore, I’ll tax you for something less severe, how many times have you said it this year alone? Really, count it all out. Yes, I’ll wait, take your time.

Meanwhile, lend me thine ear for a minute or two. So that I may articulate the “why” I would oppose such an enigmatic question upon thee.

Got that number yet? Never mind, I’m sure you’re still counting.

Back to my reasoning. Yes, Nothing is Something; ain’t that Something? How does that work; well let me explain. It all started with Consciousness! Then, Voila… Basically, if you’re Conscience, then you’re smack in the process of Something. Your Life on Earth is a series of recognizing the very things that you’ve “Grown” accustomed to processing. I emphasized on Grown, because just about everything have a growing process; Evolution. The very second that you as a sperm; met you as an egg and you two started sharing each other’s information with one another – within the confinement of one unit, Something – came – to – Being. Excuse the oxymoron, but may I say that there is nothing-Nothing about that Something.

Data sharing is what makes up Consciousness. Opposites attracts, the very opposites that are the fabric of our Make. The Sperm & Egg. Most of everything else in Life starts on those same premises. Conception of all kinds starts with complete opposites sharing Data. Simple Data like, “Hey, my name is Sperm, I’m from Deeznuts, who are You? What are You doing? Where are from? What is this place? Hey, why don’t You have a tail like me?” The second that the Egg corresponds and start sharing information with the Sperm; Something is happening, each-One will have to continually recognize each other’s existence and presence for them to Be.

Did you get that number yet by the way?

Any who, let’s speed up the process real quick, so that you can figure out that number of Nothing for me. Ok, in the process of sharing Data/ Information with One another, they grew accustomed to each other’s Company, so-much-so; that they start to mirror each other in thinking, in actions and in Being. One grew an Ear, the Other grew an Ear, One grew an Arm, the Other grew an Arm, One grew a Leg, the Other grew a Leg, this continued so-forth and so-forth. They’ve become so in sync that they developed a Body of work together. Now, to keep their identity intact, they decided to Create and develop a Neutral Zone, a Third-Party, a Mediator that can decipher and decide on some of the more complex ideals that they begin to share with One another as Time goes by.

That Third-Party will allow them to be One Organism, but yet remain who they are individually. Consciousness. Those conversations that you’re continuously having with your self when you’re asleep or awake-anywhere; particularly at a store “should I get this, I really can’t afford it, but I want it, it’s perfect for me” the Third-Party finally intervenes and a decision is made, that kind of interaction; started long ago, long before you were even born into this World.

Well, it’s been a long minute or two; I know. Guess what though, because of the Third-Party within you, you read through it and was receptive to this Data that I’m sharing with you. Nonetheless, I said all of this to encourage you as an individual to share your Data with another; another that maybe a complete opposite of yourself, where you’re from and what you stand for or what you’re about. You never know what you can learn from them and vice versa, it’ll help you grow out of your nothing to something New.

Also, if someone ever told you that you were Nothing and or won’t amount to Nothing in Life, I hope that these words galvanize you to realize how wrong that they are about a Conscience Being like yourself, a carrier of precious Data. You’re full of unique information, please go around sharing it, you never know who might find it valuable to them. Get away from the people who don’t value your Database. You can be in the most extreme environment and grow out of it, if you try valiantly to survive the process; you will.

“Nothing is Something.” | Written By Pharaoh Pip
Art & Photography by Pipvisions.com

Continue Reading
You may also like...
Related Topics:Featured, Lip Association, Live In Peace, Nothing is Something, Pharaoh Pip